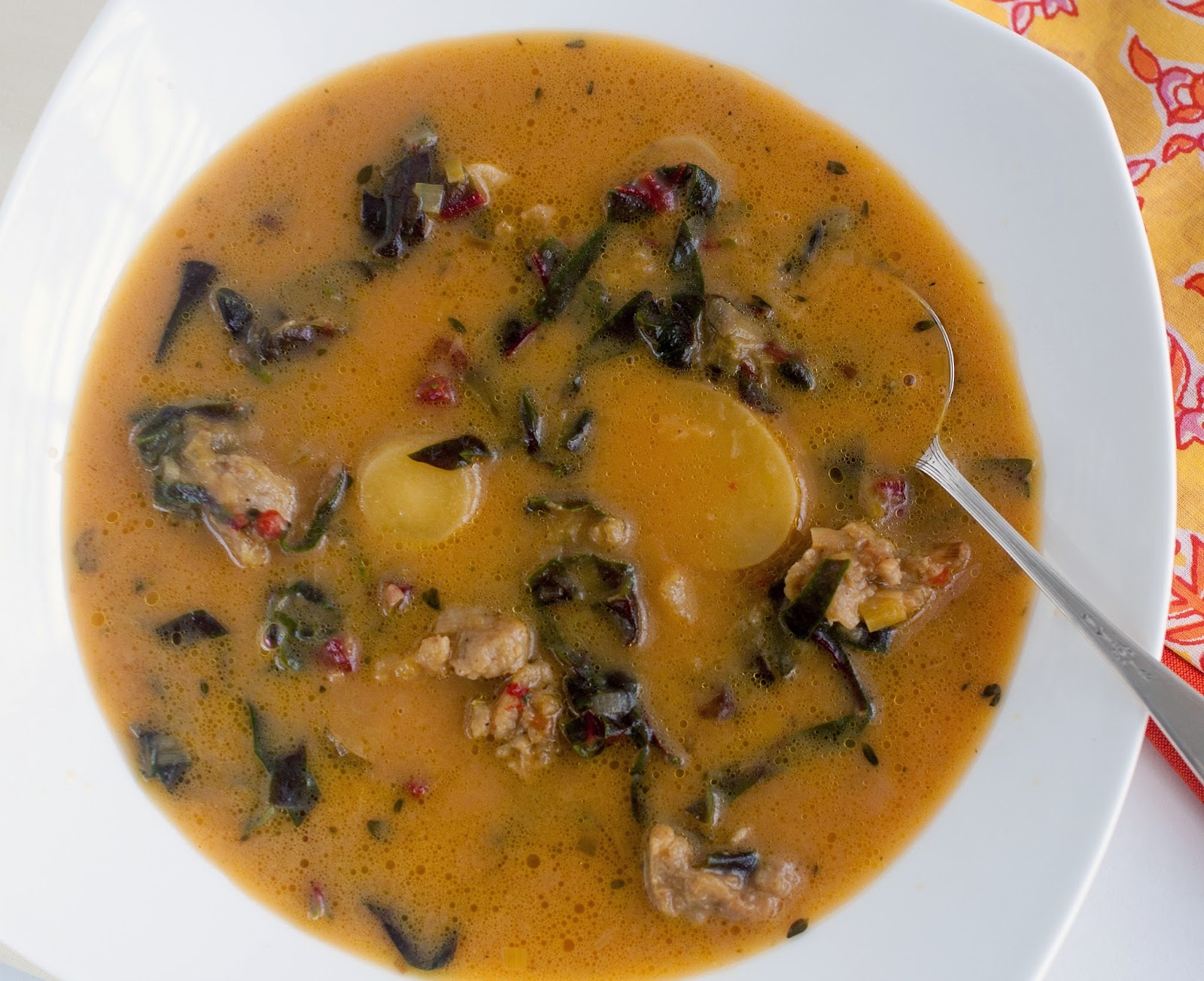 Even though I now reside in the Sunshine State, I spent most of my life in and around New York, and am abundantly familiar with the unrelenting harshness of winters in the Northeast. The past two winters have been particularly brutal, with snowstorm after snowstorm and record low temps offering little relief. I know it 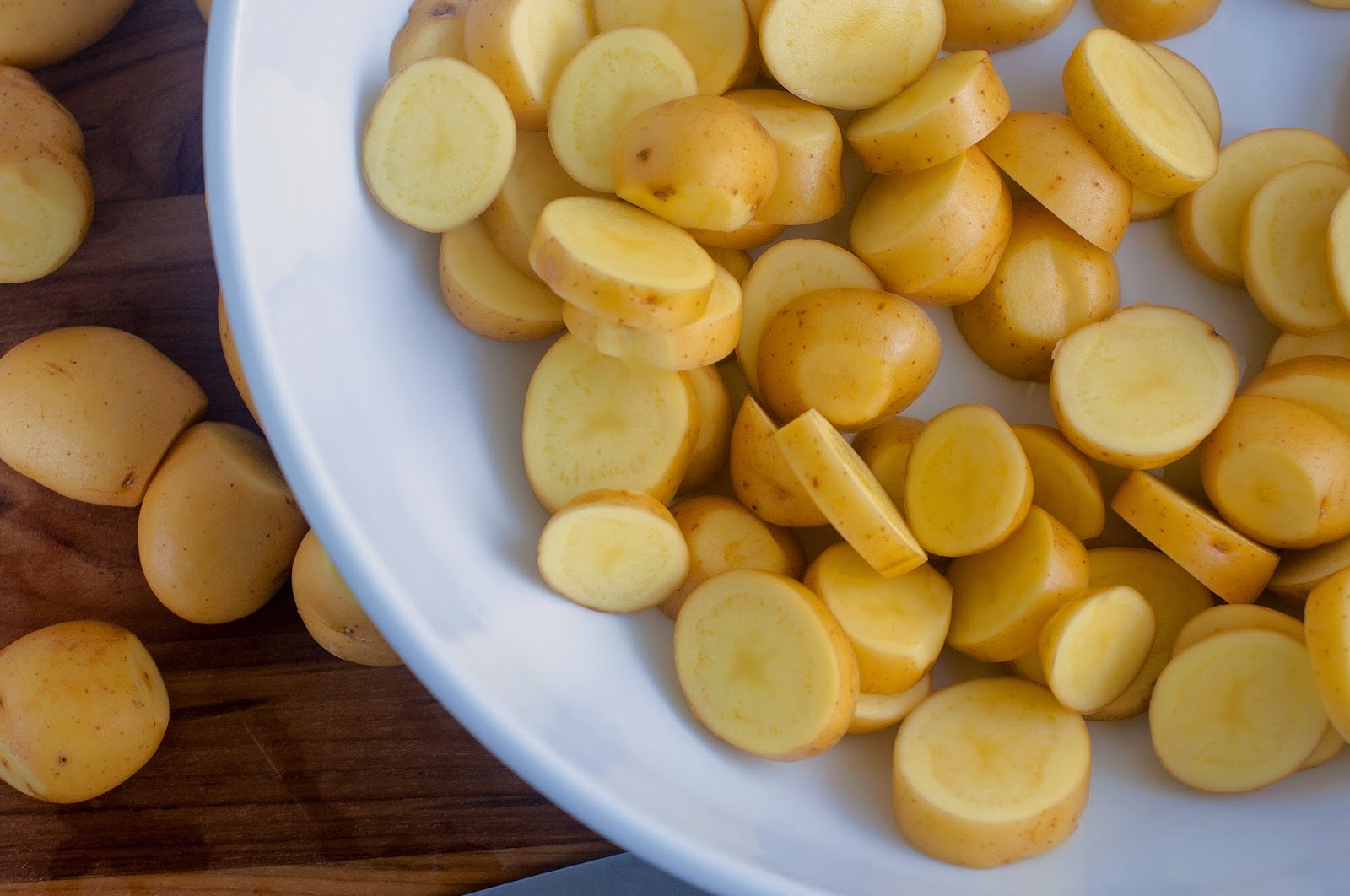 must be bad, because it’s also been cold in South Florida – when I have to turn on the heat, it means it’s pretty darned chilly out. When the temperature dips, there’s nothing better than homemade soup to nourish the soul (I know it’s not dessert, but an occasional savory recipe won’t kill you). This hearty soup is a meal in itself, 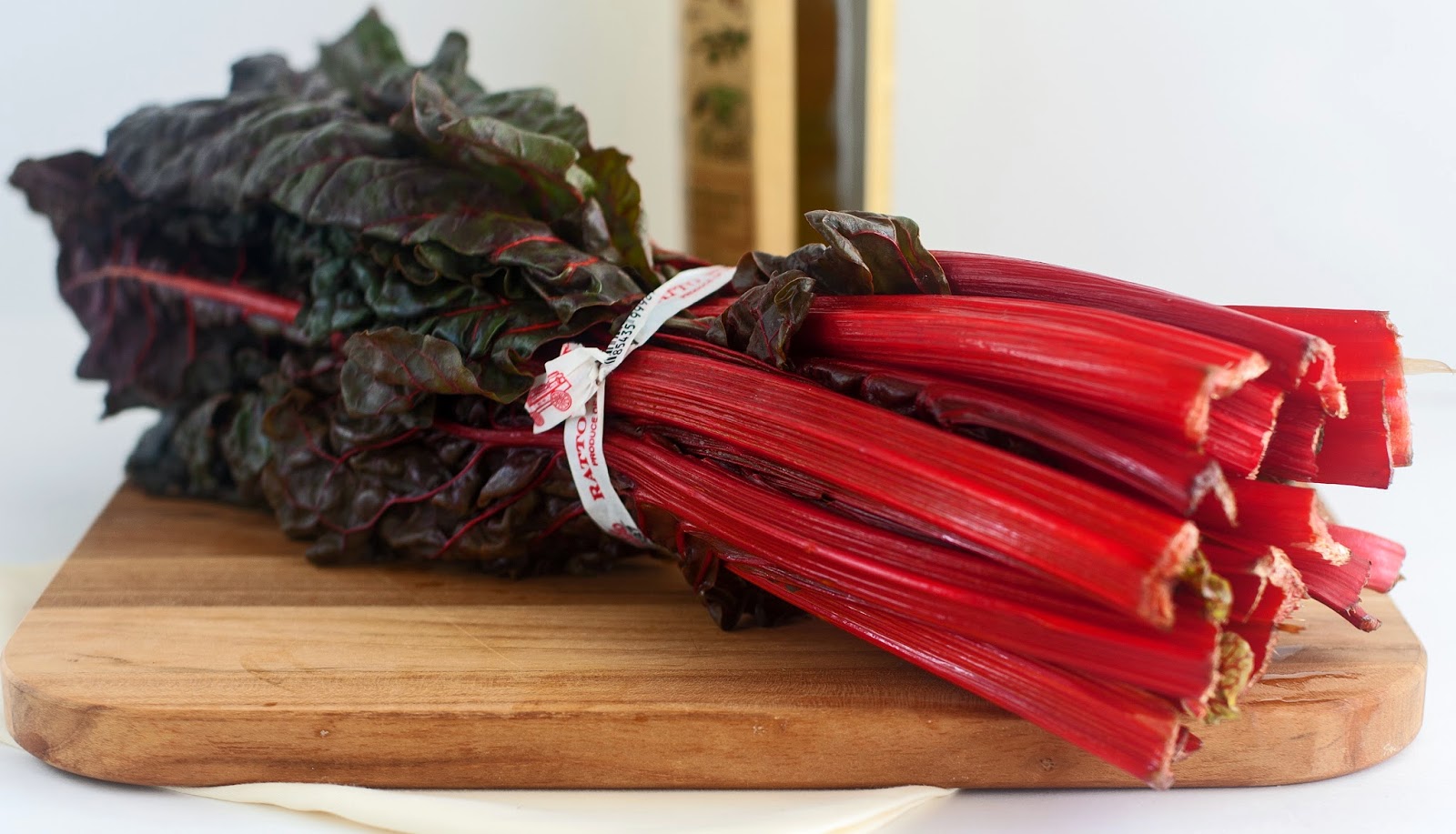 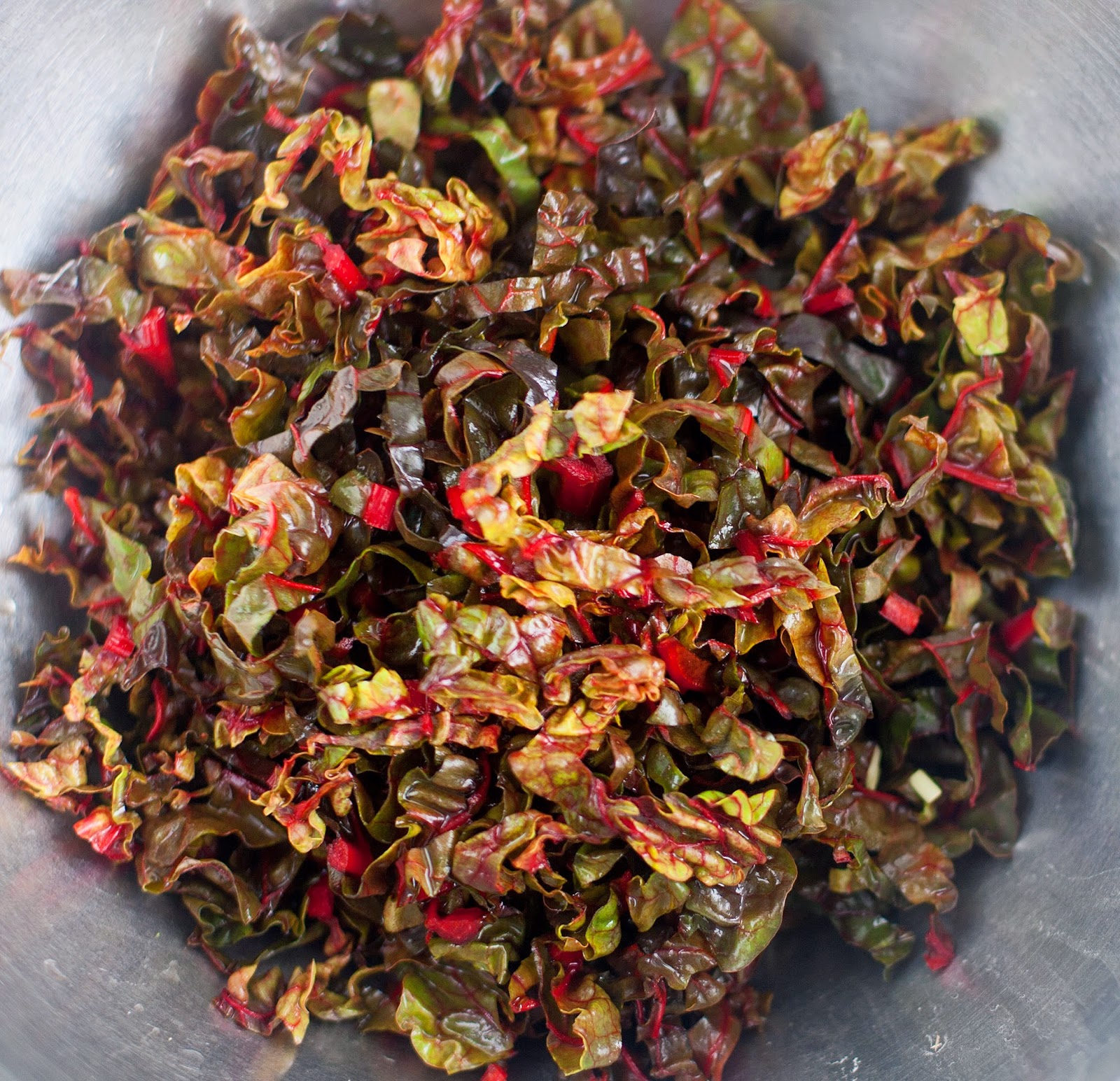 especially when served with a crusty country bread or homemade croutons. I love the combination of potato-leek-fennel-and-sausage, with slightly bitter Swiss chard and a dash of lemon juice serving as counterpoint to the rich ingredients. Feel free to substitute kale, spinach or sorrel (if you can find it) for the chard, and leave the sausage out for a lighter soup. 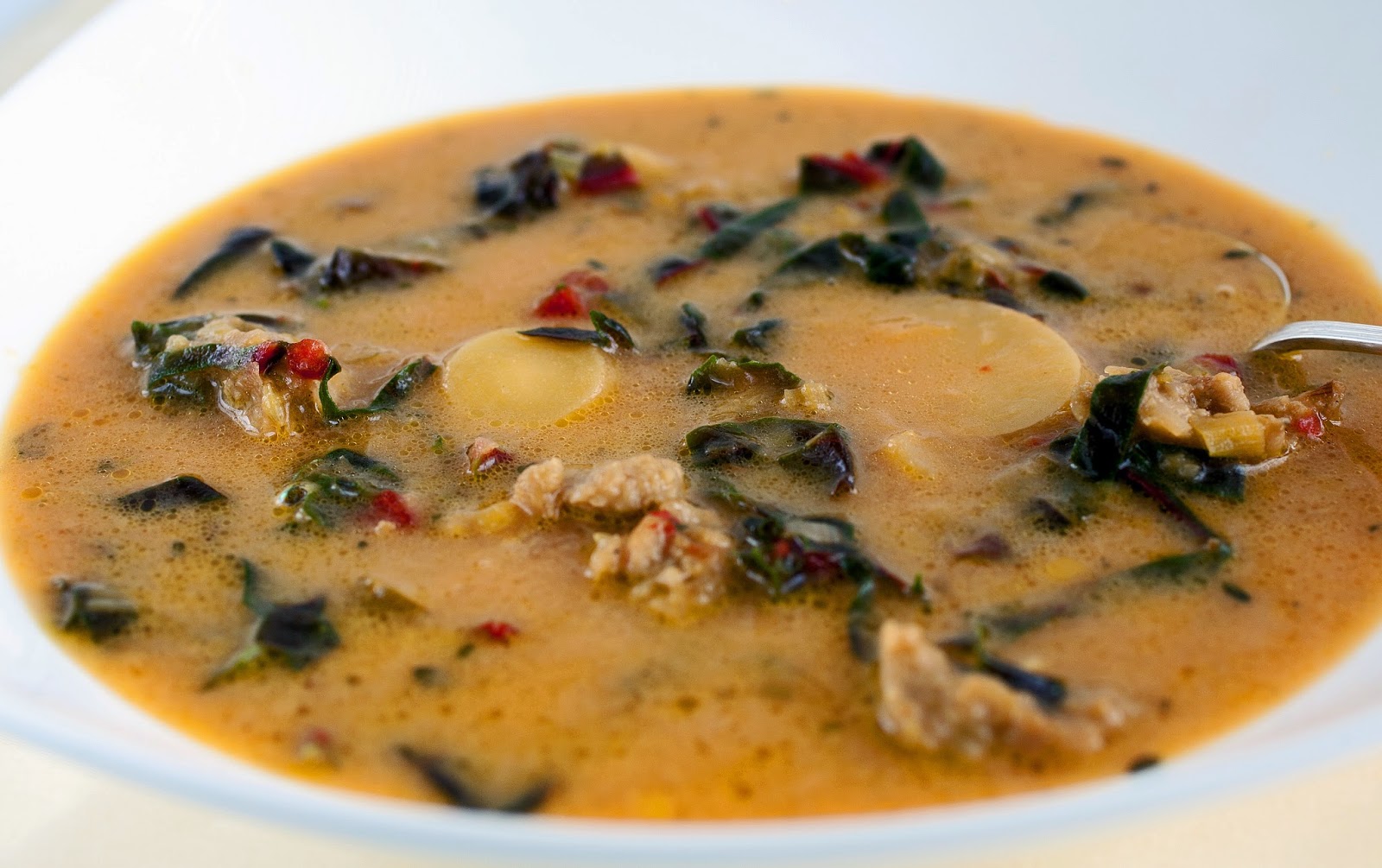 1. In a large pot, heat the butter and olive oil over medium heat until the butter is melted and foamy. Add the leeks and fennel seeds and cook, stirring occasionally, until the leeks are softened, about 5 minutes. Add the garlic and salt and cook for about a minute, stirring.
2. Add the sliced potatoes and broth and bring to a gentle boil over medium-high heat. Reduce to a simmer and cook for 20 to 25 minutes, until the potatoes are tender.
3. Meanwhile, place a skillet on medium heat. Remove the sausage from its casing and crumble the sausage into the skillet. Cook, stirring frequently, until the sausage is lightly browned. Remove the skillet from the heat and set aside.
4. Remove the soup pot from the heat and ladle about ½ cup of broth and potato slices into a blender. Put the lid on (so you don’t get splashed with hot soup), and process until smooth. Pour the puree back into the soup in the pot. Add the Swiss chard and cream to the soup, return the pot to medium heat and allow to simmer for about 10 minutes. Stir in the sausage, lemon juice and a few grinds of black pepper and adjust the seasoning, if necessary.
Posted by Tish Boyle at 5:25 PM