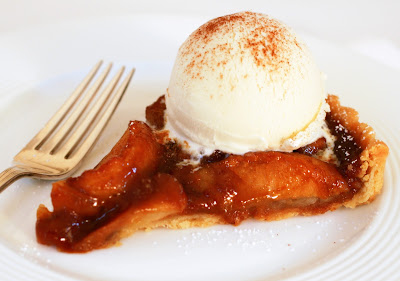 It’s fall, my favorite time of year, which means its also apple season. The farmers’ markets are full of baskets brimming with crisp, colorful varieties including Braeburn, McIntosh, Honey 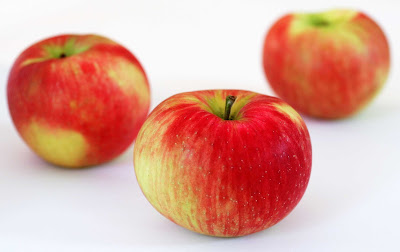 Crisp, Gala and Fuji. My favorite apple dessert is a streusel-topped apple pie, but a little variety is nice, so I decided this week to make a simple, caramel apple tart, a riff on the classic Tarte Tatin. After 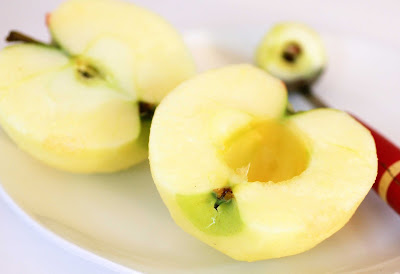 blind baking the crust, peeled apple wedges are cooked in caramel and then arranged on top of the crust. The caramel is made into a custard with the addition of cream, eggs, Calvados, and a touch of 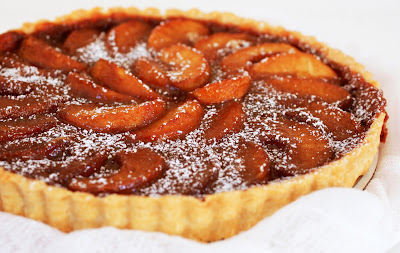 cinnamon and vanilla, and then poured over the apples and baked at a low temperature. Delicious. Serve this tart warm, with a scoop of vanilla ice cream, and rejoice that fall is here. 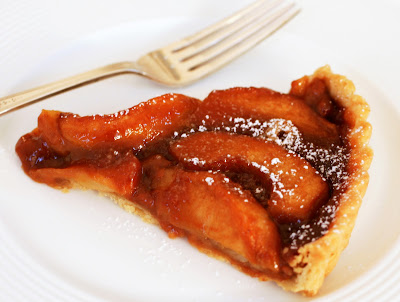 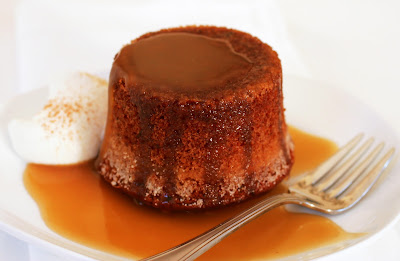 Sticky Toffee Pudding is a British classic that’s been around for at least 50 years. Its provenance is not clear, but it is often associated with the Sharrow Bay Country House in the Lake District, where it 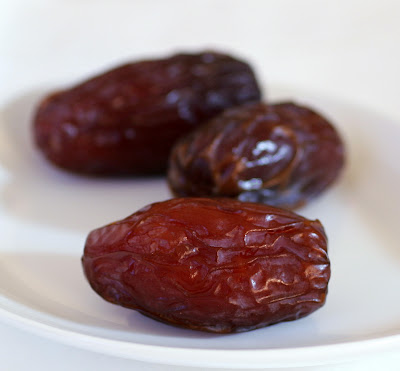 was being served in 1960. In the past decade, Sticky Toffee Pudding has also become relatively popular here in the U.S., and was even featured as an ice cream flavor by Haagen Daaz. I’ve seen it sold at 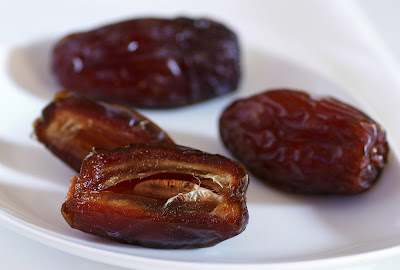 gourmet stores as an over-priced frozen product, but it’s very simple to prepare at home, and will doubtless be better than any prepared product. It’s a sweet dessert – very sweet – but because it’s made 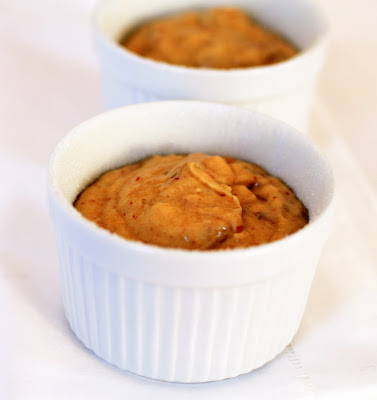 with dates, it has a musky, complex flavor that’s very appealing. The toffee sauce that it’s doused in is made with a generous amount of butter, brown sugar and cream, and transforms the simple date 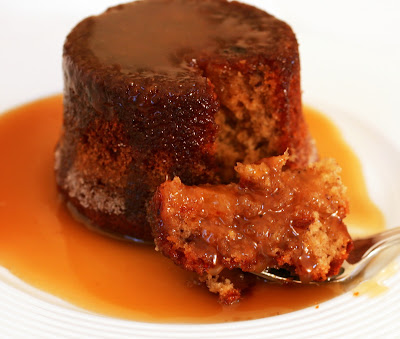 cake into something extraordinary. Make sure you serve this cake warm, along with extra toffee sauce, and vanilla ice cream or whipped cream.
Read more »
Posted by Tish Boyle at 12:55 PM

Pains aux Raisins, By the Book 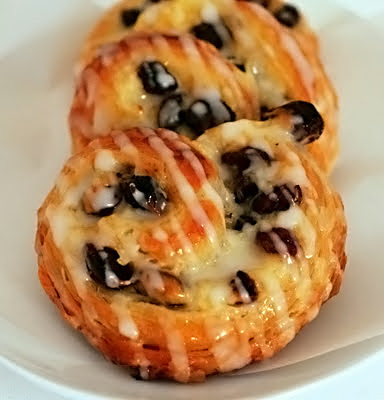 You can’t judge a book by its cover, right? Right. And when it comes to cookbooks, you can’t necessarily judge them by the pretty pictures inside, either. I’ve come to realize that a talented food stylist and photographer duo can transform a mediocre collection of recipes into 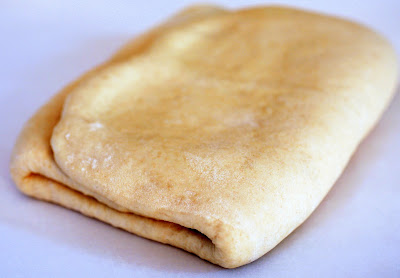 an irresistible display, with the unsuspecting consumer getting stuck with what amounts to a doorstop in the end. The other day I received a review copy of a book called How to Make Bread (Ryland, Peters & Small, 2011; $27.95) and immediately thought, “Oh, great. Another

bread book.” The beautiful photos on the book’s cover and inside, however, soon seduced me into thinking that maybe this book wasn’t all that bad and I started thinking that maybe, just maybe, I might make something from this book. After poring over each recipe, I finally 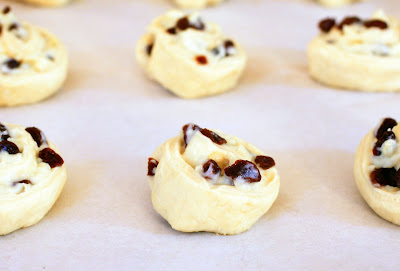 settled on the French classic Pains aux Raisins, made from croissant dough. It’s sort of a complex recipe, just because croissant dough is by nature a little tricky to make, but, again, the photos lured me in. Halfway through the recipe, during one of the many periods of letting the dough 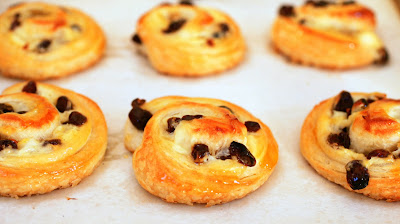 rise, I read the author’s bio on the jacket flap. His name is Emmanuel Hadjiandreou, and he’s a South African who learned how to make bread in a German-style bakery in Cape Town. Eventually he landed in Britain, where he worked for Gordon Ramsay and several high-profile bakeries. 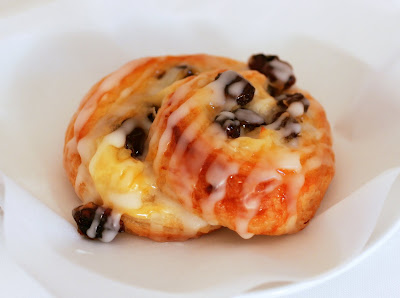 His current gig is teaching at The School of Artisan Food in Nottinghamshire (isn’t that where Robin Hood hung out?). He has won several awards for his bread along the way. Ok, so maybe I was impressed, but that still didn’t mean his cookbook was good. And then, 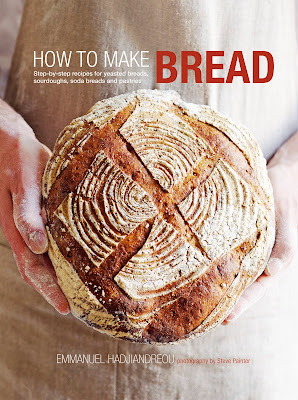 suddenly, the pastries were done. I had followed each step meticulously, mirroring the photos in the many step shots, and the dough was beautiful, and the pastries were perfect – buttery dough encasing a creamy vanilla custard and lots of sweet raisins. I haven’t made pains aux raisins since I was a cooking school student in Paris, and I forgot just how wonderful they are. Especially when you use an excellent, detailed recipe that works. So what’s the moral? Sometimes you can judge a book by its pretty pictures. Nice job, Chef Hadjiandreou, you’re a superstar in my book.
Read more »
Posted by Tish Boyle at 10:51 PM 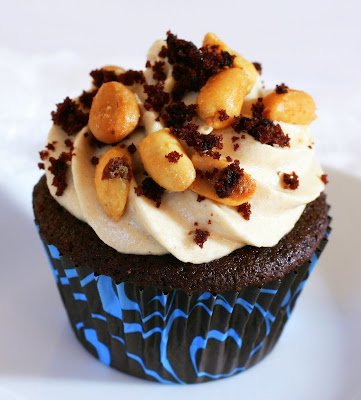 My apologies for neglecting my blog – my excuses include preparing for an over-hyped hurricane, recovering from a bout of food poisoning, and completing an over-due recipe project that has

consumed much of my time for the past two months. Sometimes life just gets in the way. But I’m back this week with some home-style cupcakes that combine two of my favorite flavors, chocolate 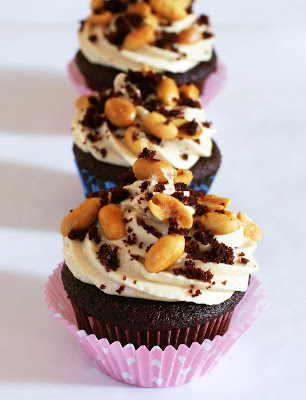 and peanut butter. The base is a simple devil’s food cupcake, the same recipe I used for my Brooklyn Blackout Cupcakes, which I filled with a creamy chocolate ganache and topped with a sweet peanut 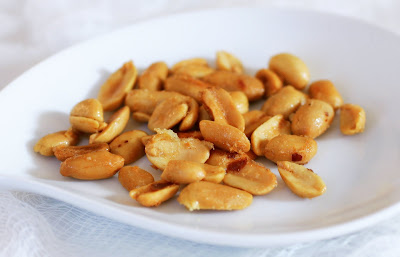 butter frosting. I use some of the cupcake crumbs for garnish, along with toasted cocktail peanuts. I know bake sales are quickly going out of fashion (and anything made with peanut butter is 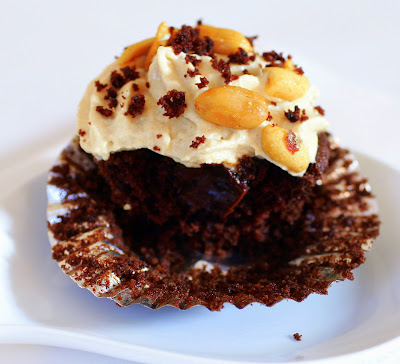 considered virtual poison at many schools), but in the old days these little gems would have been a guaranteed best-seller. 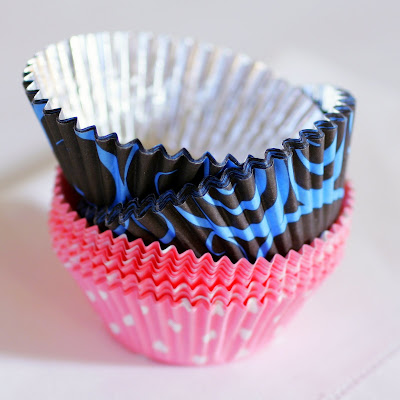