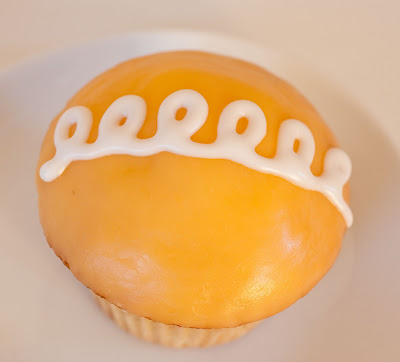 My husband has a sterling pedigree, and claims that his family landed in America sometime before the Mohegans. I am a bit dubious, of course, and the truth is, I would’ve married him
if he had been a plumber named Manny, because I’m crazy about 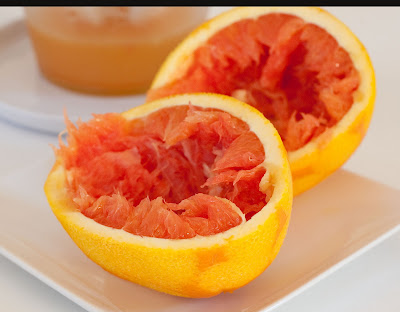 him (and plumbers are so expensive), but that’s another story. Despite his Mayflower lineage, some of Dicky’s tastes can only be described as, well, low. VERY low. On one of our first dates, for example, he stopped at a newsstand to get some Chuckles after 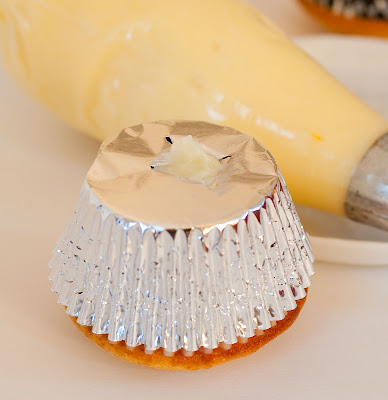 dinner. Chuckles??? Who knew they even made those squashed gumdrops anymore, for Pete’s sake?? I tried to convince myself that they were really just commercially-made pates des fruits, but, deep-down, I knew better. And then there’s his unapologetic, misty-eyed 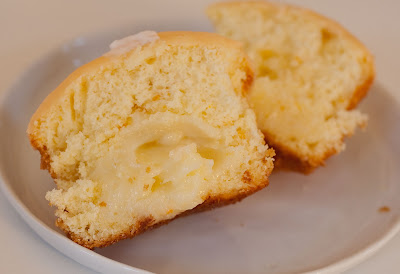 nostalgia for Swanson’s turkey T.V. dinners. What would the pilgrims say? They feed those to prisoners, don’t they? But nothing is more alarming than his occasional penchant for late-night trips to buy Hostess Orange Cupcakes. You, know, those chemically 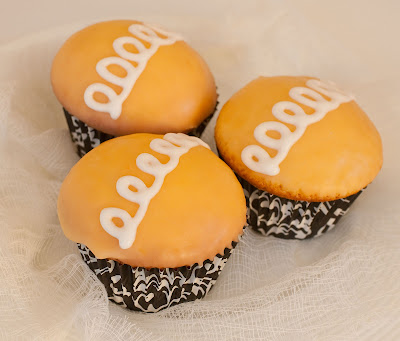 enhanced yellow-orange numbers topped with neon-orange plaster and a squiggle of something that looks very suspiciously like Elmer’s Glue. It’s all quite shocking, particularly given my chosen occupation as a dessert and baking expert. But “in for a penny, in for a pound,” as they say, so I embrace all of Dicky’s low-brow preferences (Salisbury steak, anyone?). So, here’s my homage to that icon of the chemically-enhanced dessert snack world, the Hostess Orange Cupcake, made with real ingredients. It’s an American classic, after all. Just like Dicky.

Note: I used Cara Cara orange zest and juice in this recipe. The Cara Cara is a sweet, low-acid navel orange which has the appearance of a common orange on the outside, but has a pinkish colored pulp as seen in the photo above. For the chocolate version of these cupcakes, click here.

Make the cupcakes:
1. Position a rack in the center of the oven and preheat the oven to 350°F. Line a standard 12-cup muffin pan with cupcake liners.
2. In a medium bowl, sift together the cake flour, baking powder, and salt. Whisk to combine and set aside.
3. In the bowl of an electric mixer, using the paddle attachment, beat the butter at medium speed until creamy, about 30 seconds. Gradually add the sugar and beat at high speed for 3 minutes, until well blended and light. Scrape down the sides of the bowl with a rubber spatula, reduce the speed to medium, and add the eggs one at a time, beating well after each addition and mixing until blended. Beat in the orange zest and the orange juice until blended (the mixture will look curdled at this point). Reduce the speed to low and add the flour mixture in three additions, alternating it with the milk in two additions. Mix just until blended. Scrape the batter into the prepared muffin cups, dividing it evenly. Bake the cupcakes for 18 to 22 minutes, until they are a light golden brown and a toothpick inserted into the center of a cupcake comes out clean. Cool the cupcakes in the pan, set on a wire rack, for 5 minutes. Transfer the cupcakes to the wire rack and cool completely.

Make the filling:
4. In an electric mixer, using the paddle attachment, beat the butter at medium speed until creamy, about 1 minute. Gradually add the confectioners’ sugar and beat at high speed until, about 3 minutes. Add the cream and beat for another minute. Scrape the filling into a pastry bag fitted with a 1/4-inch plain or star tip.

Make the glaze and glaze the cupcakes:
6. Sift confectioners' sugar into a small saucepan and stir in orange juice and liqueur to make a smooth paste. Heat glaze over moderately high heat until just warm to the touch. Remove from heat and stir in some orange food coloring.
7. Leave the glaze in the saucepan on low heat. Dip each cupcake top in the glaze, letting the excess drip off. You may need to stir the glaze in between glazing each cupcake to ensure that it’s smooth.

Make the Royal Icing Squiggle:
8. Combine all the Royal Icing ingredients in the bowl of an electric mixer fitted with the paddle attachment. Beat on high for 5 minutes, scraping down the bowl occasionally (the icing should be fairly thick—if it seems too thin, add more confectioners’ sugar and beat until smooth). Scrape some Royal Icing it into a small parchment cone or a pastry bag fitting with a writing tip. Pipe a row of curlicues horizontally across the center of each cupcake. Serve the cupcakes at room temperature or slightly chilled. They can be stored, covered, in the refrigerator for up to 3 days.