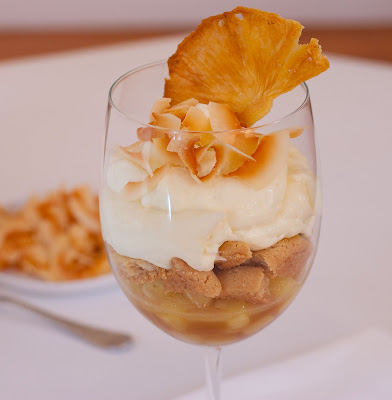 By the end of winter, I’m ready for a trip to the tropics. Even after a freakishly mild winter such as the one we had this year, I just need a little Calgon-take-me-away time to recover from the days of darkness. Unfortunately, with work deadlines sprouting up like 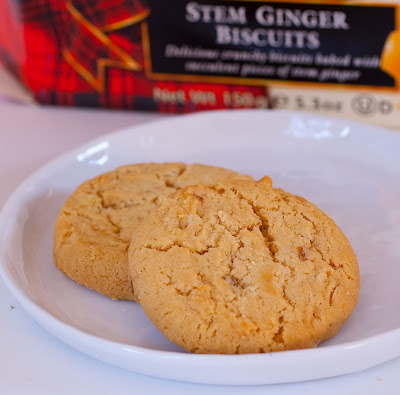 crocuses, I barely have time to make it to the grocery store, let alone a Caribbean island. So I compensate by celebrating the flavors of the tropics whenever I can. Coconut, pineapple, mango, banana and passion fruit all find their way into my desserts in winter and early 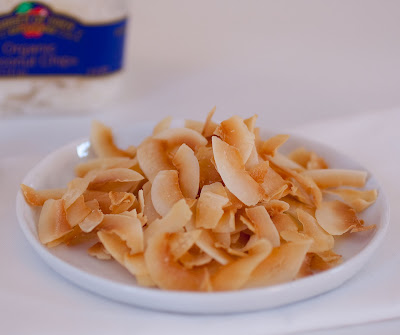 spring. Here’s a simple parfait that combines the flavors of one of my favorite drinks, the Pinã Colada. On the bottom is a layer caramelized fresh pineapple, topped with a rich coconut cream, with a layer of crumbled ginger biscuits in between, adding some texture 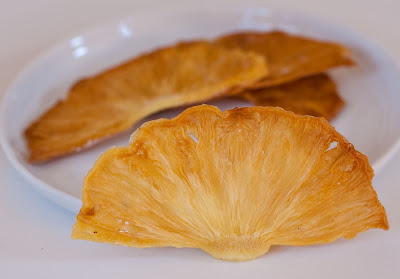 and crunch. I like this dessert because it’s so easy to prepare, yet so delicious. It’s a perfect balance of refreshing and rich, a trip to the tropics without the hassle of going through security, or, worse yet, putting on a bathing suit. 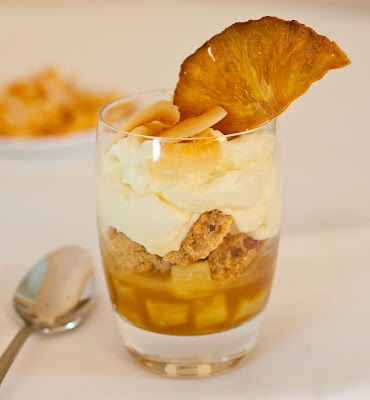 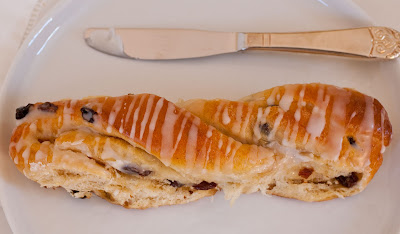 If you live in New York, or are a bread aficionado, chances are you know all about Amy’s Bread. With three retail locations and a thriving wholesale business that fills the bread baskets of many of New York’s finest restaurants, Amy’s Bread has become a real 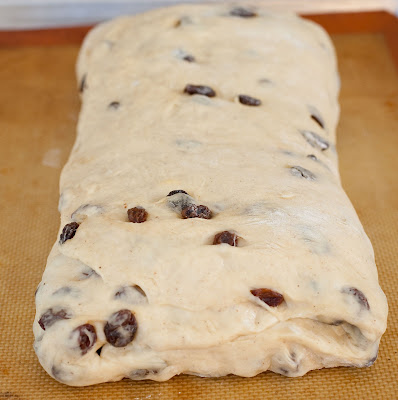 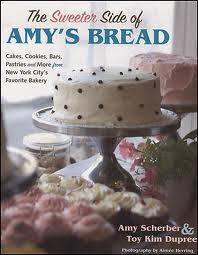 the Amy in Amy’s Bread, released a book featuring recipes for some of their most popular sweets a few years ago. The Sweeter Side of Amy’s Bread (Wiley, 2008), co-written with Toy Dupree, is one of those books that, as you flip through it, inspires you to jump in the 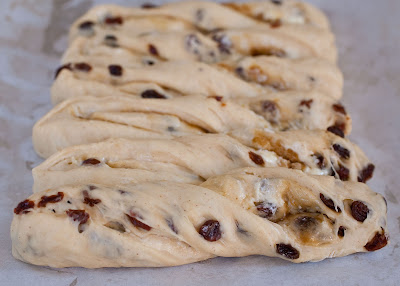 kitchen and make everything on the spot. I haven’t gotten there yet, but I did manage to make a batch of Amy’s incredible Cinnamon Raisin Twists. The twist shape is the signature of many of Amy’s bread and sweets. Tender, moist and cinnamon-y, these twists have 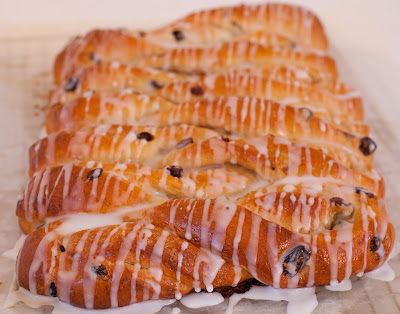 a sweet icing drizzled on top and are a match made in heaven for a cup of strong coffee. As you knead the dough, try to resist the urge to add a lot of flour, as this will just toughen the twists. Eat the twists the day they’re made to enjoy them at their best. But that shouldn’t be a problem. 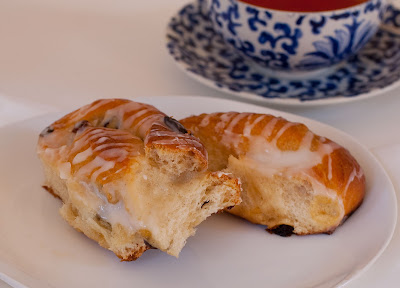 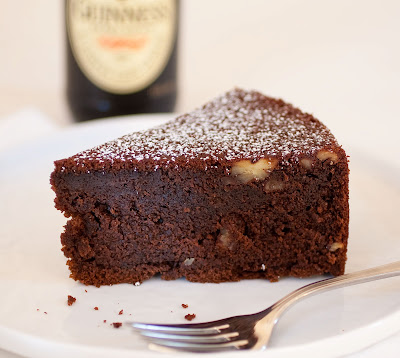 I had always had what I considered to be a very good relationship with Guinness, the famous dark brown Irish stout, until an unfortunate St. Patrick’s Day evening out with college mates many years ago. I was living in Bath, England, spending my junior year 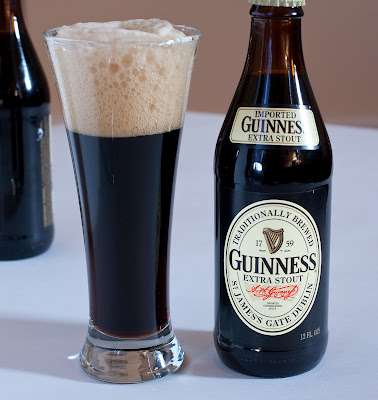 abroad, taking a respite from the ivory tower of a New England women’s college. It was St. Patrick’s Day, and my friends and I met up with a few members of the university rugby team at a local pub. One of the rugby boys explained to me that it was necessary to 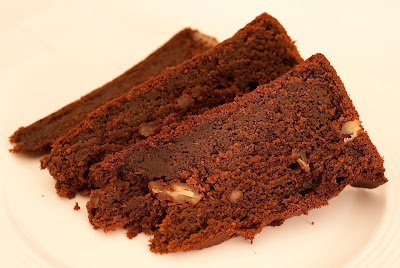 drink Guinness, and Guinness only, on this hallowed day. Not one to be a wet blanket, I joined in the fun and, five pints later, lived to regret it (I’ll spare you all the humiliating details, but I will say that I somehow ended up in someone’s garden picking a lovely bouquet 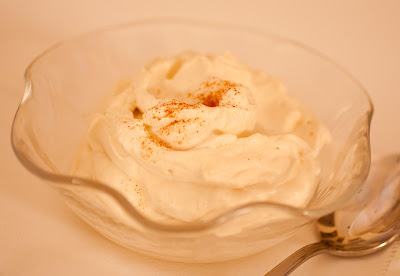 of flowers at 4 am)…I haven’t touched the stuff since, but I have found that Guinness, with its bitter, coffee-like flavor, makes a wonderful addition to chocolate cake. This simple, earthy cake (which I originally developed for The Cake Book) is exceptionally 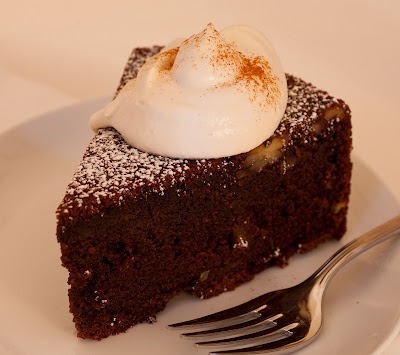 moist and really only needs a dusting of confectioners’ sugar to finish it. But because the Guinness is bitter, the cake is not too sweet, so I suggest you serve it with some sweetened whipped cream or caramel or vanilla ice cream. I’ve included a recipe for my favorite accompaniment, Brown Sugar Whipped Cream. Perfect for St. Patrick’s Day, or any day of the year. I’ll drink to that.
Read more »
Posted by Tish Boyle at 11:54 AM 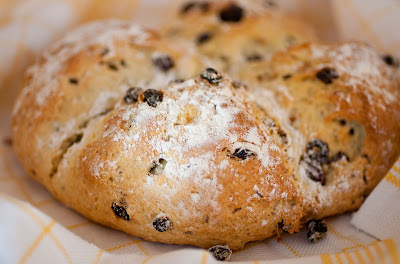 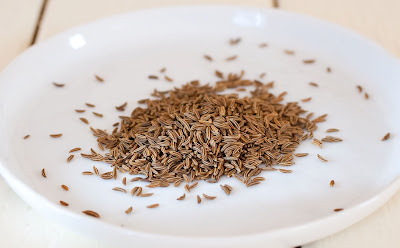 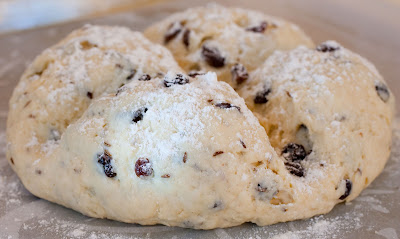 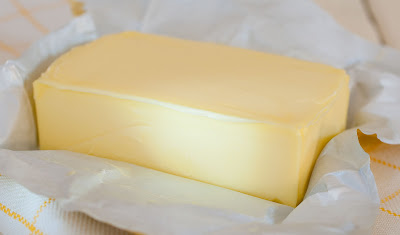 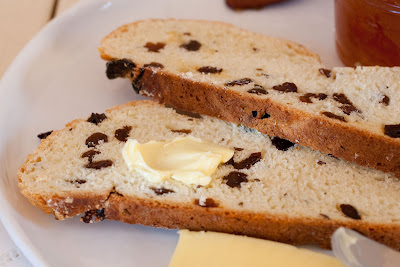 they had so many rules about bread over there in Ireland? Actually, it’s more about honoring the history of the bread than about hardfast rules. Back in the early 1800’s, when it was introduced, soda bread was a working man’s treat, so it wouldn’t have been made with relatively luxurious ingredients such as raisins or citrus zest, or even butter, which makes perfect sense. You also may be curious about the cross mark on top of this specialty bread. This serves two purposes: first, it’s a symbol of the cross, which resonates in a predominantly Catholic country and is a way of giving thanks. The second reason is to allow the heat to permeate the thickest part of the loaf, allowing for more even baking. All this being said, what I present to you here is not Irish Soda Bread at all, I freely admit. And it’s not Eugene Sweeney’s recipe, which contained eggs, shortening and sugar, not to mention raisins and caraway seeds. My version’s got the sugar, a bit of butter, some raisins and caraway seeds. Not the real deal, but still quite delicious. It’s Irish Soda Bread, American Style, a tradition of its very own. And don’t forget to serve it with lashings of Irish butter and some excellent jam. Happy St. Patrick’s Day to all!
Read more »
Posted by Tish Boyle at 5:09 PM