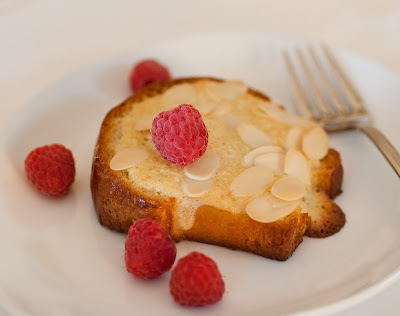 There’s nothing worse than a stale croissant, I always say. Unless, of course, it’s stale brioche. But thanks to those clever French – who pretty much think of everything when it comes to pastry – there’s an excellent way to revive these baked treasures once 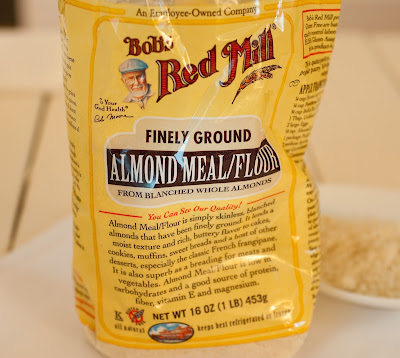 they’ve passed their sell-by date. It involves simply brushing the brioche or sliced croissant with some sugar syrup, slathering on some Almond Cream (aka frangipane), sprinkling the top with some sliced almonds and baking them until puffed and golden. The 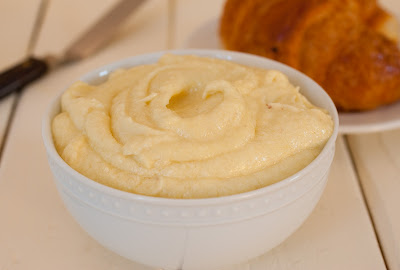 result is a delicious, warm almond pastry that’s even better than the original iteration. Patisseries all over employ this trick, which can be done with homemade croissants and brioche as well as store-bought. If you do use store-bought, try to get croissants that are 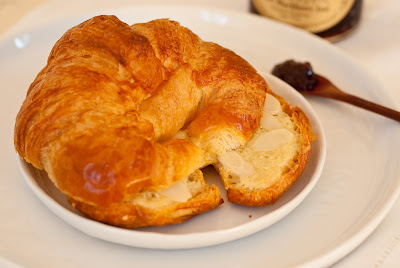 actually made with butter (as opposed to unidentified hydrogenated ingredients), from a reputable source (not, for example, a street vendor, even if he's French). 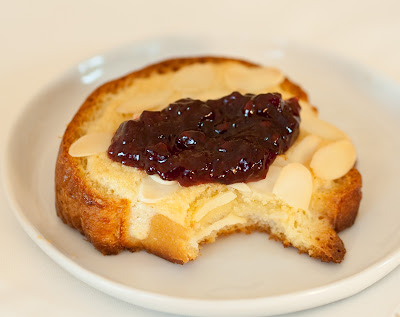 Make the syrup:
1. In a small saucepan, combine the sugar and water and bring to a boil, stirring just to dissolved the sugar. Remove the pan from the heat and let cool for 5 minutes. Stir in the extract.

Make the Almond Cream:
2. In the bowl of an electric mixer fitted with the paddle attachment, beat the butter with the sugar at medium-high speed until light, about 2 minutes. Add the almond flour and mix until blended. Add the eggs, one at a time, mixing well after each addition, and beat at medium-high until light, another minute or so. Add the flour, rum, and vanilla and mix until blended. Cover the bowl and refrigerate the Almond Cream for at least 45 minutes before using.

Assemble and bake the croissants or brioche:
3. Preheat the oven to 375°F. If using croissants, cut them in half. Arrange either the bottom halves or the croissants or the brioche slices on a baking sheet and brush them liberally with the Soaking Syrup (set the croissant tops aside until needed). Spread a layer of chilled Almond Cream (about 3 tablespoons) on top of each croissant or slice of brioche. Sprinkle each with sliced almonds. For the croissants, bake them for 7 to 8 minutes, until puffed and browned around the edges, then place their tops on and bake for another 3 to 4 minutes. For the brioche, bake them for about 10 minutes, until the filling has puffed and is nicely browned around the edges.