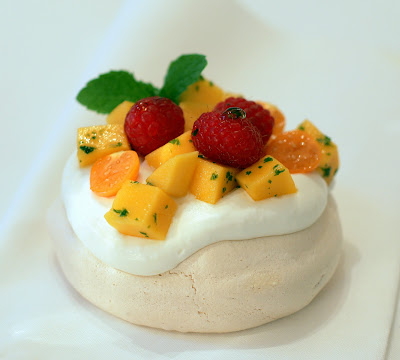 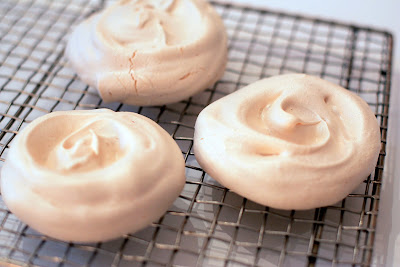 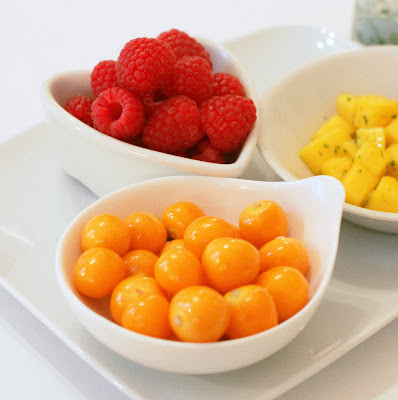 Like many people, I was under the assumption that Pavlova, the classic meringue and fruit dessert named for the ballerina Anna Pavlova, was of Australian origin. The Australians certainly claim it to be so. But a few years ago, New Zealand Prime Minister John Key made a startling counter-claim: the Pavlova, he said, was actually created in New Zealand. In fact, he urged Australia to acknowledge the dessert’s New Zealand provenance. Recent evidence seems to back up his assertion. Australians believed that the dessert was created in 1935 by a chef named Bert Sachse, at Perth’s Esplanade Hotel, in honor of Pavlova, who had visited the country in 1926 and 1929. But an academic at New Zealand’s Otago University has unearthed a recipe for Pavlova in a 1933 Mothers’ Union cookbook, and another recipe from a 1929 issue of a country magazine. And it is true that Anna Pavlova traveled to New Zealand on both her visits. I have to give it to the Kiwis on this one. Kind of sad, though. Imagine if historians discovered that apple pie was actually invented by Mexicans? Regardless of its beginning, Pavlova is a fresh, delicious dessert that combines crunchy meringue with billowy cream and succulent fruit. Not only can it be partially made ahead of time, it actually requires it – the meringue bases should sit in the oven for 6 hours after baking. The mint syrup can also be made a day before. Whip the cream up to 3 hours before serving and assemble the Pavlovas à la minute. Feel free to use any in-season fruit you like to top off your own Pavlova.

Individual Pavlovas
Makes 4 servings
Meringue Bases:
½ cup granulated sugar, divided
2 teaspoons cornstarch
2 large egg whites, at room temperature
Pinch of cream of tartar
Mint Syrup:
¼ cup loosely packed fresh mint leaves
½ cup light corn syrup
1 teaspoon water
Topping:
¾ cup heavy cream
2 tablespoons confectioners’ sugar
1 ½ tablespoons Cointreau (optional)
1 teaspoon finely grated lemon zest
Flesh of 1 mango, cubed
Fresh raspberries
Fresh gooseberries or Goldenberries
Make the meringue bases:
1. Preheat the oven to 250°F. Line a baking sheet with a silicone baking mat or parchment paper.
2. In a small bowl, whisk together 2 tablespoons of the sugar with the cornstarch.
3. In the bowl of an electric mixer, using the whisk attachment, beat the egg whites with the cream of tartar to soft peaks. Gradually beat in the remaining 6 tablespoons sugar and continue to beat until the meringue holds stiff peaks.
4. Sift the sugar and cornstarch mixture over the whipped whites and gently fold in with  a rubber spatula. Spoon the meringue into four 4-inch discs, making a slight indentation in the center of each. Bake the discs for 45 minutes, until very slightly colored. Turn the oven off and leave the meringue bases in the oven for 6 hours or overnight.
Make the Mint Syrup:
5. Process all the ingredients in a blender or small food processor until the mint is finely chopped. Transfer the syrup to a plastic squeeze bottle or small pitcher and refrigerate until ready to use.
Prepare the topping:
6. In the bowl of an electric mixer, combine the cream, confectioners’ sugar, Cointreau and lemon zest and beat on high speed until the cream holds soft peaks.
7. In a small bowl, toss the mango cubes with some of the mint syrup.
Assemble the Pavlovas:
8. Spoon some of the whipped cream on top of a meringue base. Top with some mango cubes, gooseberries and rasberries. Drizzle with some of mint syrup. Repeat with remaining ingredients and serve immediately.
Posted by Tish Boyle at 7:32 PM